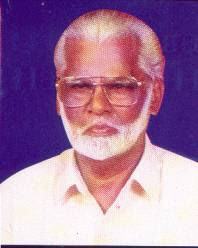 I pray that you are in the best of Iman, health, wealth and safe from harm's way. Ameen.

Those of us who can understand and speak Tamil, will surely have heard of Nagore E.M. Haniffa, an Indian Muslim Tamil Nasyid singer who is a legend in his own right, contributing tremendously to the understanding of the Islamic faith and a Da'ee of Islam in his own way.

I can speak Tamil and understand it but unfortunately can't read or write this poetic language! Tamil is so rich in it's ancient heritage and so steeped in it's heritage of Indian classical culture and linguistic treasures.

E.M.Haniffa through his Tamil Islamic Songs has taught the Indian Muslims of the entire world to appreciate the Life and Success of our Greatest of Allah's Messenger's, the Blessed Prophet Muhammad Sallalahu Alaihi Wassallam.

The manner in which E.M.Haniffa sings and delivers the various struggles and sacrifices of the Holy Messenger can bring his listeners to tears literally if they truly understand and get to fathom the gist of his delivery of the Seerah of Muhammad Sallalahu Alaihi Wassallam.

You can visit one of the internet's major Tamil Islamic websites here. I have had countless enjoyable moments listening to his songs from this site.

May Allah Subhanahu Wa Ta'ala bless the website owner for providing Indian Muslims this wonderful website to listen to the legendary E.M.Haniffa croon his way into their hearts and refresh their minds time and time again, teaching them about the figures and personalities that have made Islam to be what it is ; God's Gift to the entire Mankind, to love each other and guide towards success.

Indian Muslims are not known to be singing and dancing to the tunes of Tamil cinema songs etc. Sure, they do watch Tamil movies and can relate to all that's taking place in the Indian subcontinent but as far as faith is concerned, Indian Muslims are very much into observation of the Islamic religious practices.

A major problem that affects them however is the lack of proper teachings from those who are considered as 'Alims' and 'Ulamaks' in the Tamil Muslim world.

Many so called Ulamaks take the people for a ride and at times have abused the trust that the ignorant masses amongst the Indian Muslims have put in them.

One of my friends and a client is a major philanthropist here in Malaysia who has to face hundreds and thousands of such 'Alim's' who make a beeline to his office in central KL, seeking donations and sadaqah under all kinds of pretexts.

The minute I see one with his phony external appearance and made to order 'commercial' 'Assalamualaikum', I can immediately smell a rat and am on my guard immediately. I am not committing fitnah here but just speaking straight from my heart.

Those who know exactly what I mean will agree with me that this is the norm here and all over the world as far as these 'roaming' 'Alim's' are concerned.

As far as the Indian Muslims are concerned, they know that such shysters in 'Alim's clothings exist and are on the prowl daily, 24 / 7. May Allah Subhanahu Wa Ta'ala protect us all from them. Ameen.

Back to E.M.Haniffa. He is a great singer who has helped clear the confusion amongst the Tamil Muslims about the faith of Islam. May Allah SWT reward him accordingly for his Dakwah efforts through the hundreds of Tamil Muslim nasyeeds that he has sung through his lifetime. Ameen.
Published by MAHAGURU58 at 10:46 AM