Today, one of the nation's prominent blogger is facing charges of sedition in the Magistrate's Courts at the Sessions Courts in Petaling Jaya (case transferred from Jalan Duta Courts). 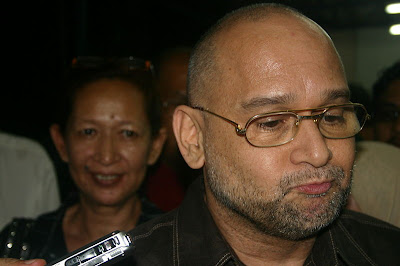 Raja Petra Kamarudin, who is also known by his initials @ RPK , the Chief Editor and owner of the Malaysia Today alternative news blog portal is going to face sedition charges for the contents of his article 'Let's Send The Altantuya's Murderers to Hell!' implicating the Malaysian Deputy Prime Minister Dato Seri Najib Tun Hj Abdul Razak and his wife Datin Seri Rosmah Mansor in the murder of the Mongolian model cum translator Altantuya Shaariibuu, who was murdered and then had her corpse blown to bits using C4 high powered explosives by two UTK @ Special Actions Unit combatives said to have received orders from higher authorities.

Abdul Razak Baginda, a political analyst and defense advisor to the Deputy Prime Minister is said to be the one who instructed the UTK members to carry out the murder of Altantuya Shaariibuu and he is now in prison undergoing trial together with them in what is now known to be one of the longest running high profile murder cases in this country which has yet to be concluded during this write up.

Although I have had my differences with the way MT operates and have distanced myself from Raja Petra to the nature of his writings against the way Islam and Muslims operate here in Malaysia, as a fellow blogger, I still keep tabs as to what is taking place against him at the courts today?

All in the name and spirit of Bloggers Solidarity.

I will be heading on to the Petaling Jaya Sessions Court after posting this article.

RPK's Sedition case has been transferred there based on the latest update from Malaysia Today.

I understand that we are all our own persons and do not necessarily have to echo each other in mutual agreement when writing our blogs. To each their own and all that!

We are fighting our own separate social-political-religious based battles against the various injustices perpetrated by anyone against the Malaysian people in general.

That's the very reason why I state that I am an Independent Blogger above my profile here in my blog and although I am the Protem President of the Muslim Bloggers Alliance which is now steadily growing in numbers, what I write and publish here are entirely my own personal viewpoints, thoughts and findings.

My writings here do not represent the general position of the Muslim Bloggers Alliance. Hope everyone is clear about that.

Now, let me get to the main point I want to raise about the subject matter.

To me as a Blogger here in Malaysia, I have long held firm to the Principles Of Blogging responsibly.

If I am to write about anything, I must be able to back up my writings with solid facts and furnish proof or evidence of the reasons as to why I wrote and published so?

If I am speculating, I'd state upfront that I am writing so. It's better to be clear about it.

If I take something from some other blogger's posting, it is important that I seek their permission beforehand or acknowledge the original author for their efforts by stating it in my writing or placing a link back to the original posting.

That is common courtesy.

The recent case of Mr.Vernon Kedit Jolly @ Mr.Manager, the manager of Malaysian songstress Ning Baizura getting pissed off at The Star Online for cropping his photo of Ning and Penang Chief Minister Lim Guan Eng where The Star Online had removed his url watermark from his photo is such an example. Here is the report.

Accountability over our actions in blogging or publishing using material or data sourced from another must be substantiated by the proper acknowledgment of copyright or intellectual property ownership.

The same goes to what a Blogger or any of the Mainstream Media organization publishes?

In the case of Raja Petra, he now has to show proof for the reasons as to why he wrote as he did in the concerned article?

If he has solid evidences and proofs to back up his writings, then the judicial system of this country have to be fair in their judgment and come to a fair and just conclusion.

The reason he is being brought to trial is because the article implicates the future Prime Minister of this country which is very serious and has very grave implications for both him and the BN if it is true that the DPM and his wife do have a hand in the murder of Altantuya Shaariibuu? 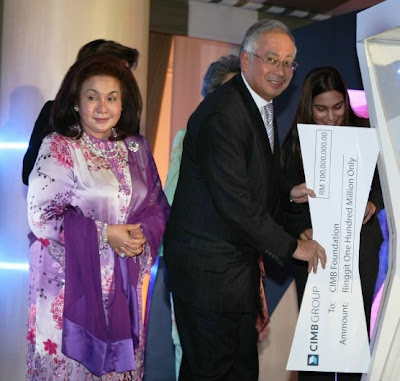 Photo courtesy of The EdgeDaily.Com

So, the future of this country rests heavily on the outcome of this trial and as to whether Raja Petra Raja Kamarudin has in his arsenal enough solid bullets and missiles to fire away at the ones who are clamoring for his head and to decapitate the loudest voice in the Malaysian Blogosphere which has together with all the other Bloggers managed to awaken the comatose Malaysian voting public to overthrow the incumbent Barisan Nasional State Governments in Penang, Kedah, Perak, Selangor and retained the much cherished but claimed to be impoverished State of Kelantan Darul Naim?

Kelantan is said to sit on the largest deposit of oil and gas in the bowels of that so called poor state?

The BN wouldn't bother about Kelantan IF there was nothing to gain politically and economically from the land that they call as the Corridor of Makkah?

So, Dato Seri Najib Tun Razak who is poised to take over from the embattled and flustered Malaysian Prime Minister Dato Seri Abdullah Badawi is in danger of being destroyed politically if Raja Petra Kamarudin comes up with any irrefutable evidence that the justice system can't dismiss off as irrelevant?

Remember how the case of former DPM Dato Seri Anwar Ibrahim saw many evidences being rubbished by the case judge back then?

This case can be the turning point in Najib's future and RPK's life as well?