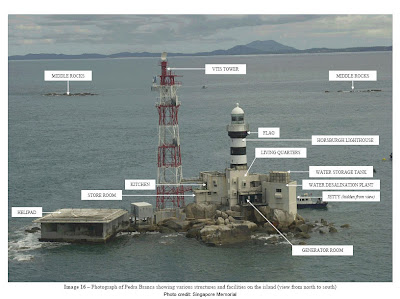 My sincere condolences to the beleaguered Federal Government of Malaysia under its most hapless Supreme Leader of the Barisan Nasional Coalition Government of Abdullah Badawi!

Loss of Pulau Batu Putih or Pedra Branca symbolizes the kind of leadership we have running or ruining this country.

Malaysia can now console itself with ownership of Middle Rocks where maybe the Supreme Leader can go build a platform atop that rock and maybe build another palace spreading out from that rock and fly the BN flag to flutter in the wind there. 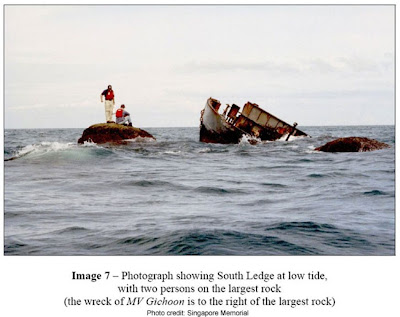 Our Foreign Minister tries to paint the picture as a 'win win' situation.

Yeah right!!! We get a bloody outcrop on rocks to plant our Supreme Leader's big butt there and do what???

So, Singaporeans! Congratulations to you guys! You have shown us how good government works!

Are you guys gonna be blowing whistles, blare your horns and party all night?

Whatever you do, you owe this victory to your Taipan! Minister Mentor Harry Lee Kuan Yew! 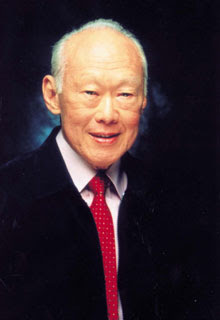 He sure is to Singapore its Supremo Leader par Excellence!

We have to make believe that our Pee Emm is even anywhere near Kuan Yew's calibre!

What other calamities are in store for us under this soupreme bleeder?

Maybe this is what they say in the Malay parable : 'Ayam terlepas; tangan bau tahi!!!'

Will Malaysia start losing any other territories after this?

From the way we have the fella fumbling and mumbling with the fate of this nation, the situation sure looks not only sombre but very,very grim.

Malaysia needs a strong, capable leader to come out of the current political quicksands into which we seem to be sinking in fast!

May Almighty Allah Subhanahu Wa Ta'ala save us from the clueless one!

As at the moment, the asskissers and apple polishers are working overtime in propping up the failing one.
Published by MAHAGURU58 at 8:20 PM