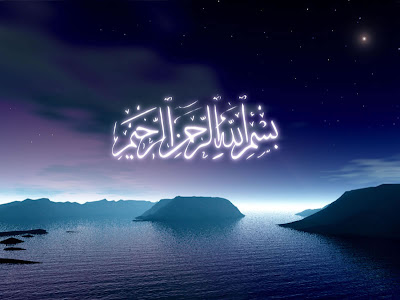 Bismillahhirrahmannirrahiim.
In the Name of Allah. God Most Gracious, Most Merciful.

As promised, here is the first of a series that I am sharing with you about the essence of Islamic Jurisprudence or better known as FIQH ISLAM.

To be a proper practicing Muslim, male and female, one has to really learn and understand about Islam in the true sense of the word and know as to why he or she has to know whether what one is doing in action, thought or ideas is permitted or forbidden in the Way of Life that Allah Subhanahu Wa Ta'ala has revealed to us Mankind and by the examples set by Allah's Final Messenger to all Children of Adam Alaihis Salam, the Blessed Messenger, Prophet Muhammad ibni Abdullah, Sallalahu Alaihi Wassallam.

Let me start by sharing with you a prayer that is most beneficial to those of us who are starting our lessons in our quest of knowledge in Islam.

"O Lord! Increase for me knowledge and give me understanding!"

Now, let me start by sharing with you the 5 'Hukum' or Rulings in Islam.
The root sources for Islamic Jurisprudence or FIQH ISLAM are:
These Islamic Laws are based upon authentic rulings that are corroborated upon the true situations and circumstances that are based and sourced from the 4 main foundations that give birth to the relevant cases or matters.

The WAJIB laws are permanent, unchangeable and compulsory to be carried out by each and every Muslim and no one is allowed to object or refute them.

Examples of such WAJIB @ Compulsory Standing Orders are as the following matters:
According to Imam As Shafi'ee, where there is a definite Commandment from Allah Subhanahu Wa Ta'ala regarding any particular situation or circumstances, then it becomes Wajib @ Compulsory upon each and every Muslim to carry out Allah's Will!

Certain Laws or Hukum come about from the consensus of the latter day Ulamaks @ Scholars who base their assertions upon their deliberations and findings of Mujtahid's of the past who were exemplary scholars rich with firm knowledge and empowered to issue fatwa's @ decrees befitting their 'Ilm of Islamic Jurisprudence.

"Ijtihad means to work with all one's might, to strive and to take pains.

This can be done only by our Noble Prophet Muhammad Sallalahu Alaihi Wassallam, by all his Sahabah @ Blessed Companions and, from among other Muslims, by those who have been promoted to the grade of ijtihad; these exalted people are called Mujtahid.

These are the great people who can understand the rules of the Shariah and religious matters lying in the depths of the Quranic verses and Hadith's that do not have clearly understandable meanings by using their understanding of the texts and the meaning that can be inferred from such texts.

If they are conditioned (Some Aayats @ Verses depend on certain conditions, e.g. the ayat "O believers, perform your Solat @ Prayers" is conditioned, because to perform one's Solat @ Prayers, one has to be sane, reached puberty, and has to have taken ablution, etc.

I will try my best to refrain from sharing here too much in depth studies about the FIQH Al-Islami definitions and terminology which would only confound fresh learners about this field.

I consider myself as a perpetual mureed @ forever a student who just loves to add to my limited knowledge of the Oceans of 'Ilm that I know for sure that to my last breath here on Earth, I would have barely scratched the surface of the endless field of Islamic Knowledge.

So, I am going to cut away from trying to explain to you all these unnecessary fields of in depth studies and give you a concise understanding of the subject.

In the time when Prophet Muhammad Sallalahu Alaihi Wassallam was alive, the Blessed Messenger arbitrated over everything.

Rasulullah SAW decided upon any matters that cropped up. He guided his Companions about any issues or situations that needed his ruling or decree.

Rasul Sallalahu Alaihi Wassallam always waited for the Archangel Jibreel Alaihis Salam to come with the relevant revelations of the Holy Qur'an befitting the situations or circumstances.

He would teach the Sahabah's @ Companions the revealed Quranic Aayats @ Verses and ask them to write the verses down or memorize them. Such memorizers are called Haffiz.

The Haffiz were exemplary Muslims who memorized each and every Quranic verse exactly right down to each letter and manner by which they were revealed.

At times when a certain problem or matter was referred to the Holy Prophet Sallalahu Alaihi Wassallam, the Blessed Messenger would be silent, awaiting revelations from Almighty Allah.

Only after receiving such revelations from Allah Subhanahu Wa Ta'ala would the Prophet give his Companions the answer to their questions and ways to solve their problems.

The Prophet Sallalahu Alaihi Wassallam received the Holy Qur'an revelations over a period of 23 years.

I will continue with the rest of the introduction to FIQH ISLAM tomorrow. Insya Allah.

May Allah Subhanahu Wa Ta'ala bless us all with His Taufik and Hidayah. Ameen.
Published by MAHAGURU58 at 11:40 PM