I refer to the calls by the Selangor Opposition BN Leader, the former MB, Dato Seri Khir Toyo and that of the Transport Minister Datuk Ong Tee Keat that the Pakatan Rakyat State Governments stop digging the past abuses and corruption of the former BN State Governments of Penang, Kedah, Perak and Selangor! 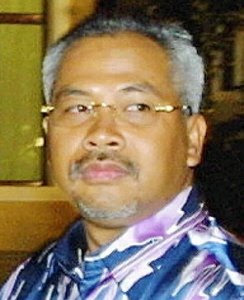 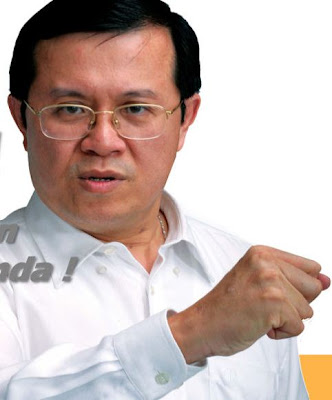 Photo credit : OngTeeKeat.com
Why the hell should the Pakatan Rakyat even stop digging out the crimes of the BN State Governments who had robbed the states of untold finances and wealth that must be now lining up the coffers of those who shredded files and destroyed evidences of such blatant crimes that they are wishing to get scot free away with?

I say to hell with all these objections of Khir Toyo and Ong Tee Keat or any other BN chap who are asking that the current Pakatan Rakyat State Governments to stop exposing the excesses and abuses of the former BN governments in all those states now under the Pakatan Rakyat governments.

Dig deeply to the very core of the situations and when you have the proof of corrupt practices of anyone of the BN crooks now masquerading as Mr Goody 2 Shoes to haul them before the courts and charge them with the relevant charges!

Throw the book at them!!!

Unveil all the masks of false pretenses and exfoliate each and every Botox tightened figure who pretends to be Mr.Nice Guy and free from even an iota of sin?

Do not leave anyone to get away with their crimes. Expose them so that justice is upheld and make them pay for their crimes.

The Malay Sultans must withdraw whatever titles have been bestowed upon these crooks and the Internal Revenue Department plus all other government departments must come down hard upon them and take away all the illegally accumulated wealth that these buggers have stolen from the state governments and the people of those states.

All ill gotten gains that these BN crooks and criminals have accumulated must be confiscated and the funds be channeled to provide for the poor suffering ones amongst the rakyat irrespective of their creed or skincolor!!!

The Datuk Zakaria illegal palace still stands as a Symbol of the BN's Corrupt ways where the former Menteri Besar of Selangor, the dramatist in the form of Dato Seri Khir Toyo closed not only one eye but both eyes and plugged in his ears to avoid taking action against his now dead crony!

Do not let injustice remain in all the Pakatan Rakyat ruled states! 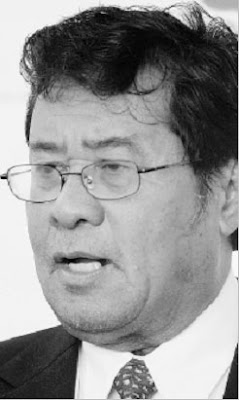 Photo credit. New Straits Times.
I applaud Tan Sri Khalid for exposing the way the BN Assemblymen of Selangor have spent 90.6% of the total state allocations provided for them in just 2 months after the change in government!!! Read here to find out more.

I ask that the State Governments of Penang, Kedah, Perak and Selangor expose all such abuses online and publish them in the state gazettes and work with the Justice Departments to go arrest these crooks who are now at large.

Justice needs to be not only spoken of but to be put to practice and seen to be implemented and upheld!!!

Go get them crooks! Don't let even one of them escape!
Published by MAHAGURU58 at 2:21 PM