May Allah Subhanahu Wa Ta'ala bless Allahyarham Tuan Haji SM Mohamed Abdullah for his contributions to the welfare and wellbeing of the Muslims of Penang and his endless acts of charity to most of the masjids and surau's there in my beloved home island.

Allahyarham Tuan Haji SM Mohamed Abdullah was well known as a generous philanthropist and he contributed a lot towards the preservation of the Islamic heritage sites in Penang such as the Kapitan Keling Masjid and Masjid Melayu Lebuh Acheen.

I worked for Tuan Haji SM Mohamed Abdullah for many years and am indebted to his generous soul for all the help and guidance that he gave me in my course of work and in my own personal life.

I wish that I was there in Penang to help with his janazah but circumstances are preventing me from being there with Hussein and Sultan whom I love just as my brothers.

The Muslims of Penang have lost one of the most prominent figures in our community there.

I hope that whomsoever of my fellow Penang Muslims read this announcement to help notify the others of our loss.

You may contact my fellow Da'ee in Penang, Tuan Haji Kamarudin bin Abdullah, the Chairman of the Islamic Propagation Society International at his handset 019-411 5665 for more information with regard to the janazah preparations. 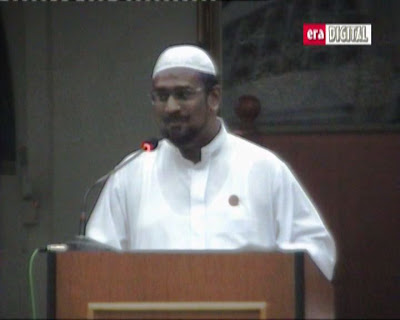 Picture of Tuan Hj Kamarudin Abdullah, the Chairman of IPSI

May Allahyarham Tuan Haji SM Mohamed Abdullah be granted Allah's Mercy and Forgiveness and be placed together with the souls of all those upon whom is Allah's Rahmah!

Ameen Ya Rabbal Alameen.
Published by MAHAGURU58 at 3:32 PM