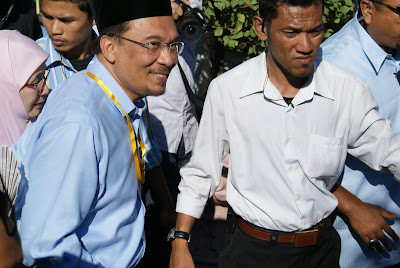 
Dear fellow Malaysians,
Updated every few minutes and reporting as it is without fear or favor from P44 Permatang Pauh By Election Ground Zero are the following true Malaysian heroes amongst us in the Malaysian Blogosphere.

My top choice fellow bloggers are as follows:
Click onto the screenshots to go to the respective blogs! 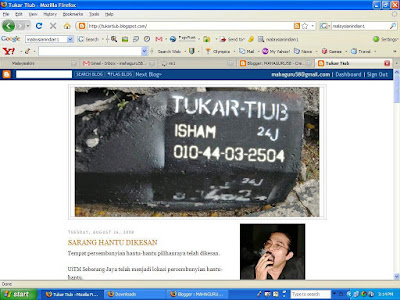 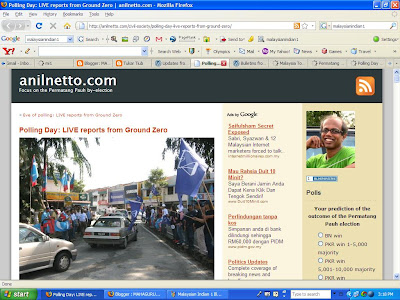 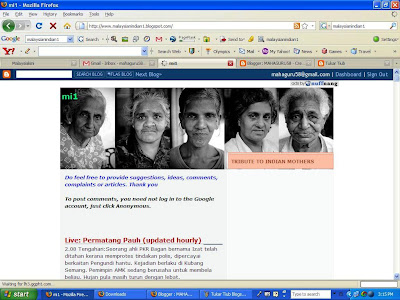 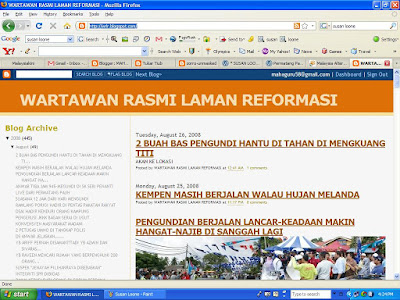 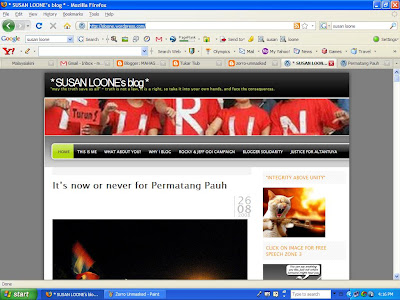 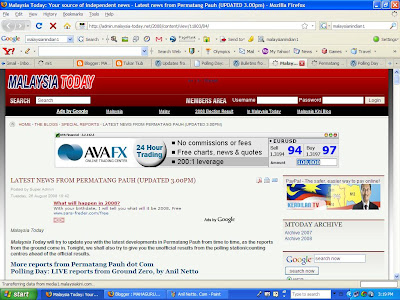 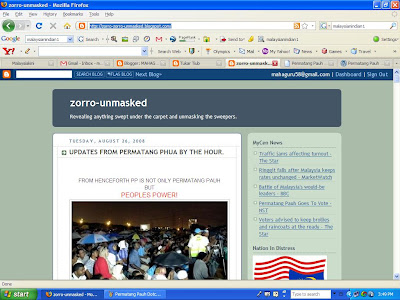 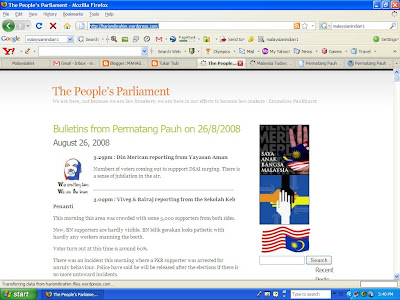 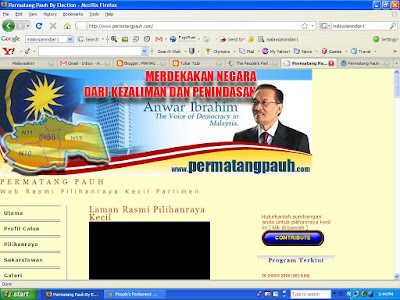 There are many more dedicated fellow bloggers reporting from the ground zero there at P44 Permatang Pauh Parliamentary By Election but these are the ones whom I visit every now and then to update myself as to the latest happenings.

From what I hear is taking place there at Permatang Pauh, is that the BN especially UMNO are sparing no quarters in utilizing every agency and government machinery at their disposal and going all out to deny Anwar Ibrahim his passage to Parliament.

We have seen blatant money politics where Ng Yen Yen has been dishing out RM200 in envelopes to the elderly folk in Permatang Pauh and reminding them to vote for the BN?

We have seen UMNO resorting to dirty tricks and buying influence by having on the spot loan approvals for those who need micro loans and giving out RM50 as travelling allowances to just anyone who surrenders their MyKad particulars for 'instant loan processing'!

Why now? Where was UMNO when the folks were in hardships?

We see the mainstream multimedia being used by the BN to conduct their continuous 'character assassination' of Anwar Ibrahim, the contesting PKR candidate for P44 Permatang Pauh.

We saw Saiful Bukhari Azlan coming out on the eve of the Nomination Day for the said parliamentary by election and swear in the name of the Almighty that he was buggered by Anwar?

We see statements after statements by the UMNO leadership and BN bigshots condemning Anwar as if they are all so sinfree and spotlessly Mr.Clean's?

We see the intimidatory tactics employed by the Malaysian Police Force answering to their BN masters in coming down in full force as if a civil war is going to break out at Permatang Pauh!

We hear from 'Mufti Cari Makan' who endorse the swearing of this and that political gigolo and every BN political goon out there who go around speaking as if they know more than any other person here in Malaysia about what really happened disregarding the statutory declaration of the very medical doctor who examined and found nothing to show evidence that a sodomy had taken place upon Saiful's arsehole?

We see the Malaysian Parliament hurriedly approve and legislate a law that calls for compulsory taking of DNA samples from those who are accused of any crime in this country.

Who knows if they will as they damn well please backdate the approval date of this law to enforce such law on Anwar Ibrahim whom they are trying all out to incriminate by planting such appropriated DNA samples into the gigolo's rectal area?

For the record, Malaysia has surpassed all records in making amendments to this country's Colonial Heritage @ the Malaysian Constitution in order to make it easier for the ruling coalition to stay in power eternally!

More than 600 over amendments of this 51 year old nation, I hear compared to just about 60 over for the 200 over years old USA?

All I know is that if the results tonight show the polls in favor of the BN, then there is just no other answer except that there has been the 'MOTHER OF ALL ELECTION VOTES RIGGING' that would have taken place over there in P44 Parlimen Permatang Pauh where the popular candidate is none other than the PKR candidate Datuk Seri Anwar bin Ibrahim!!!

Let's all see what transpires at 2100 hours tonight?

In the meantime, just click onto any of the screenshots of these blogs I have featured above to catch the latest true news!!!

Coming from these bloggers whom we can rely upon for unedited as it takes place election news from ground zero over there!!!

Unlike mainstream media who get paid, these people do it out of their love for the nation and spend their own money to do this great service for the sake of truth and justice!!!

If that isn't proof of their sacrifice for the sake of the truth and justice to be upheld here in Bolehland, I do not know what else is?

I couldn't be there because I had to attend my own 'cari makan' meeting with a new university launching soon next month!

Anyway, my prayers and wellwishes are always there with each of my fellow bloggers here and for the people of Permatang Pauh to do what's right!

Send Anwar Ibrahim to Parliament for the sake of this country to be saved from further racist politics and end the undeclared apartheid policies strangulating this nation under the rule of UMNO and their BN ass kissing coalition parties!

Update : Read Tukar Tiub Blogspot and Wartawan Rasmi Laman Reformasi for the latest explosive news concerning 'ghost voters' caught by the busloads to steal the show from Anwar!!!
Published by MAHAGURU58 at 3:12 PM