A reader of my blog, Francis , alerted me to the connection between the Imam of Masjid Wilayah Persekutuan, Ramlang bin Porigi, NRIC 790726125443, hailing from Sandakan, Sabah, who is a card carrying UMNO member and the swift manner by which he acknowledged and recognized the 'swearing upon the Al-Qur'an' by the political gigolo Mohd Saiful Bukhari Azlan who alleged that Datuk Seri Anwar bin Ibrahim had sodomized him? 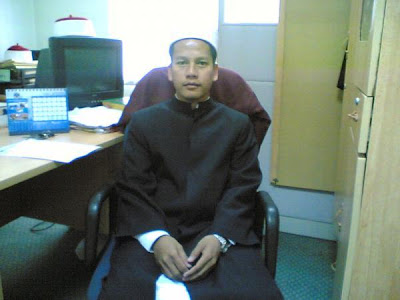 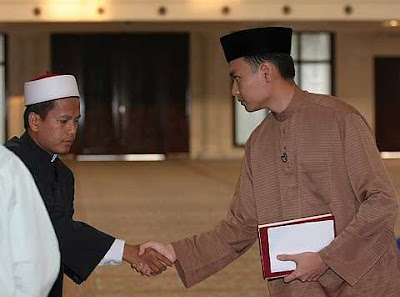 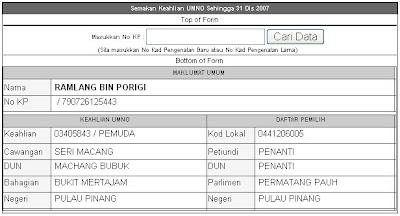 The report was first published in No2UMNO.blogspot.com. Check out the UMNO Youth Imam's Friendster profile here. You can also check out his UMNO membership here.

Now, is this a coincidence or part of a conspiracy hatched by the top leaders of UMNO?

I don't know dear Malaysians. The coincidences are just too bloody glaring to be ignored by us!

So dear fellow Malaysians especially those of you who are going to vote in the P44 Permatang Pauh Parliamentary By Election on this 26th of August, 2008. please take into consideration of the connections between the UMNO Youth Imam of Masjid Wilayah Persekutuan and the coffee boy turned political gigolo who has coincidently chose to come out of his self imposed hiding on the eve of the P44 Permatang Pauh By Election Nomination Day to swear that he had been buggered by Anwar Ibrahim on so many times that he has lost count?

Funny thing though, the PUSRAWI Medical Doctor who examined his sorry butt has issued a Statutory Declaration and confirmed that this alleged victim of sodomy had NO SIGNS OF EVER BEEN SODOMIZED and that he advised the fella to go have his arsehole reexamined at any government hospital TO RULE OUT any claims of being sodomized!!!

I smell something rotten coming out from this whole episode and am just as pissed off at the way so called Islamic leaders who allow themselves to be manipulated by politicians to further their conspiracy against a man many do not believe is capable of having committed such a major sin?

All I pray for is that the Truth will prevail soon and all these conspirators get their dues soon!

Very, very soon so that Justice will be upheld!!!

May all these conspirators get a taste of Almighty Allah's punishments right here on Earth so as to teach them a lesson not to ever commit such a filthy, rotten, vicious crime ever again!