When Stupid Kaffirs protest against Fatwa's that does not concern them!

I refer of course to this group of stupid Kaffir's who have no business protesting against the National Fatwa Council decree against what are known as 'Pengkid's.

The fatwa concerns the act of certain Muslim Malay females who act as males and court equally ignorant fellow members of their own sex to acting like couples. This is wrong in any religion.

What if the mothers of all the stupid females protesting in the video above had been 'pengkids'?

Hell! These protesting idiots would not have been conceived or born in the first place!!!

Wake the hell up and realize what you have done O protesters!!!

No Muslim is stopping these people or any other Non Muslim folks from dressing as they please except the prevailing laws of the country which govern the accepted social etiquette concerning general appropriateness in the manner that people go about in public.

The fatwa is only meant for Muslims! Do you get it?

If Lee Wei San or Thilaga want to go stark naked in public, I am pretty sure that the only ones going to be coming after them are gonna be the police or law enforcement officials who would be taking them to the mental hospital to have their heads examined!

No Majlis Fatwa Kebangsaan member is gonna be bothered about a bunch of Kaffirs frolicking about in their birthday suits for all they care?

I know that there are lots of Kaffir folks out there who are just itching to protest against this and that but for Heaven's sake, please mind your own damn business and stay out of the Muslims affairs!

I know many good Non Muslims who know not to cross the line between decent comment and interfering in Muslims affairs.

I appreciate such beautiful brothers and sisters who are much more better people than these group of idiots braying like asses in public condemning the National Fatwa Council. 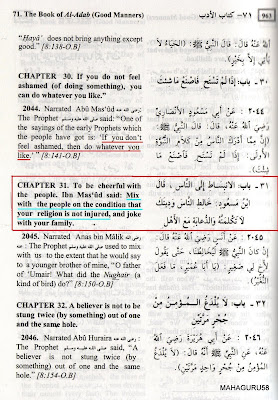 ' To be cheerful with the people. Ibn Mas'ud said : Mix with the people on the condition that your religion is not injured, and joke with your family.

The Holy Prophet Muhammad Sallalahu Alaihi Wassallam has advised us not to take it easy or be tolerant when our Islamic faith is 'injured'!

To any Muslim reading this who does not comply with what the Prophet Sallalahu Alaihi Wassallam has ordered ; you better check your Aqeedah!

Be a true Muslim or a true Kaffir! Not a bloody so called liberal! There's no such provisions in our Islamic faith.

You are either a Muslim or a Kaffir, straight and simple!

To those in the video above who have breached the social understanding that we Malaysians have been observing all these while and insulted our National Fatwa Council, be prepared to face the consequences. I am sure that our nation's laws are well prepared to take you on. 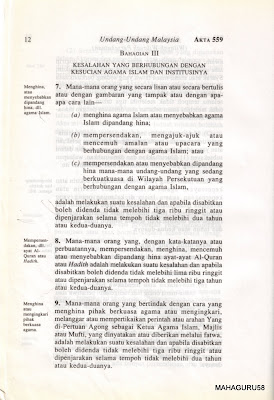 To the braying Kaffirs in the protest concerned, I will make it easier for you to prepare yourselves!

You have breached the gazetted Shariah laws above.

Anyone who thinks that they can go insult the National Fatwa Council who are our fellow Muslims and think that they can get a chance to escape legal repercussions as a result of their actions, better forget such daydreams and best be prepared.

Any action will just get an equal reaction. The legal backlash coming your way due to your stupidity.

This is a promise.

'Thou shalt reap what thou soweth!'