While on our way to the Tanjong Kling seaside Kg.Hailam Fishermen's Food Court, we stopped by a Night Market at Spring Garden. These are some photos which I managed to snap there.
A charming young Chinese girl who was selling bric-a-brac items. She had this sweetest smile and captured our hearts! Bought a comb from her and gave her a tip as well as our prayers that she grows up well and becomes a successful business lady in the future! Ameen!

I then came across this young Malay boy who had his pacifier sucked firmly in his mouth! His mom said he never goes anywhere without it! Hehehehe... 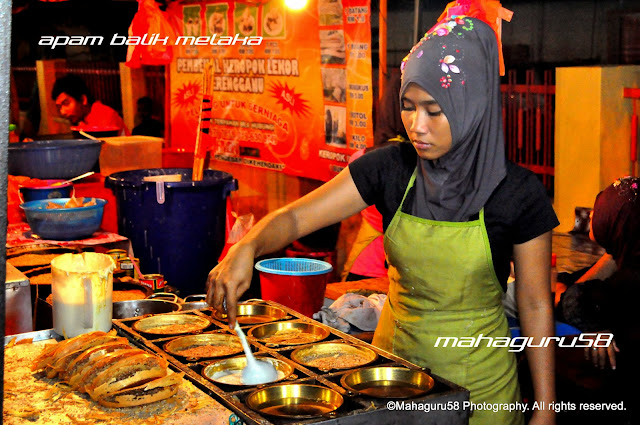 Having such a pretty young lass selling 'Apam Balik' will surely make this stall quite a hit! Most of the folks at the night market were enthralled to see us going around taking photos of them and they were teasing the girl about being photographed! 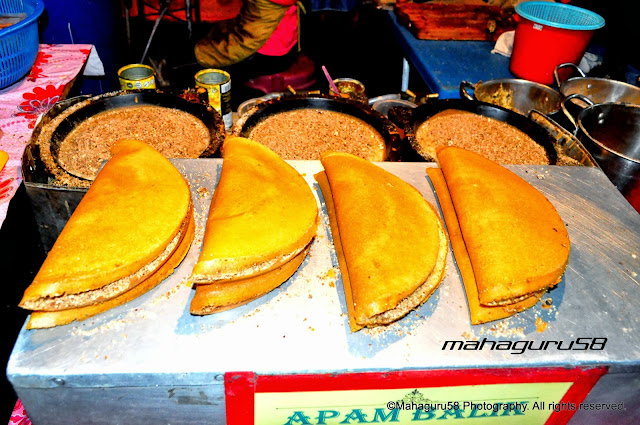 Will be sharing more later. Got some exploring of Melaka to do. See you later!
Published by MAHAGURU58 at 10:21 AM