Masjid Putra, Putrajaya flooded with Chinese tourists daily BUT JAKIM fails to guide them about Islam! How come???

To all those who visit Putrajaya, Masjid Putra at Dataran Putra besides the Prime Minister's Office complex is one of the iconic landmark that tourists throng to in the tens of thousands daily.

Chinese tourists from China form the bulk of these visitors to the Masjid Putra BUT all that they get to do is to don the visitor robes which are provided for them, enter the main prayer area from the central doors up to the centre which is cordoned off by velvet clad ropes, take photos or selfie's, chatter amongst themselves in Mandarin, their mother tongue and then are herded back to their travel coaches by their relevant tour guides to other tourist attraction sites.

What did they get to learn from their visit to Masjid Putra? Zilch! Zero! Nothing!

What a bloody shame! JAKIM @ Jabatan Kemajuan Islam Malaysia ~ The Islamic Development Department of Malaysia, which is under the jurisdiction of the Prime Minister's Office has not done anything productive in seizing this golden chance of sharing precious information about Islam with these tens of thousands of curious Chinese tourists who come to the Masjid Putra in busloads daily!

They have all these officials employed [organization chart below] with big, fat salaries BUT none of them has seen fit to do something to share Islamic Information with the thousands and thousands of eager tourists from China who throng the hall of the Masjid Putra daily!

I recall reading about a authentic hadith of the Prophet Muhammad Sallallahu Alaihi Wassallam which reads' Ballighu Anni Walau Ayah!' meaning 'Convey from me even it be just a sentence!' 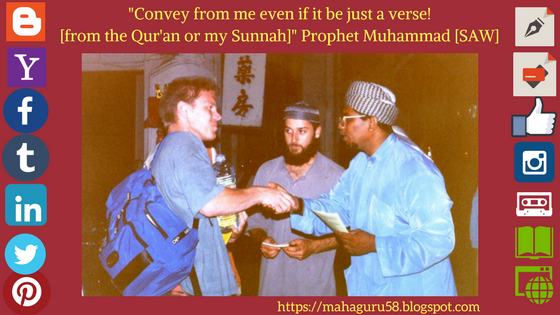 Recently, I happened to be present at the Masjid Putra for several days because of official matters. I was at the Masjid Putra during those days. I was lucky to meet an English speaking Chinese student studying at Xiamen University Malaysian Campus here.

I asked her help in translating the Islamic Information which I shared with the Chinese tourists from English to Mandarin so they could understand what Islam is about and their birthrights to be Muslim. 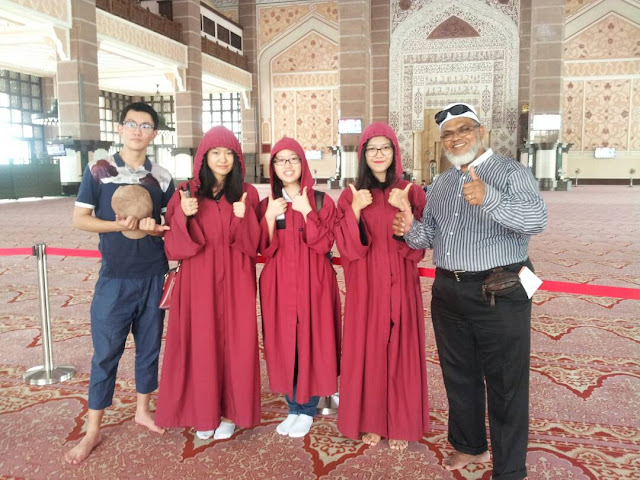 All those 4 days that I was at Masjid Putra, no Chinese speaking JAKIM officers or from any other Dakwah organizations were present to help guide the Chinese tourists.

Don't just take my word for it. Go and see for yourselves whether what I am saying here is true or false?

The JAKIM Dakwah officials are just not bothered about these thousands and thousands of potential reverts from China.

I guess it's the Malaysian civil servants useless mental attitude. If they are a salaried employee of a government department or agency, they tend to be nonchalant and have a 'Tidak Apa' attitude or 'apathy'.

At the end of the month, they will be getting a salary. No worries.

To hell with the tourists. Who cares?

Every now and then, these useless folks will be holding an event to highlight this or that but in reality will do nothing useful for the advancement of Islamic Development which is their department's identity.

The Religious Affairs Minister or his deputy will preach now and then on the mimbar @ pulpit to the congregation during the Friday prayers but it will be like talking to the deaf.

Whatever doesn't come from one's true heart seldom passes through even the ears of the indifferent listener or audience.

You need sincerity in Dakwah. No false pretences.

Same goes to the 'Dakwah Organizations' which are prolific on Facebook nowadays. Even those who are Chinese Muslims seem to have overlooked the potential of preaching or sharing information about Islam with their fellow Mandarin speaking brethren from China.

Perhaps the MultiRacial Reverted Muslims could do something for these tourists coming from China visiting Masjid Putra in their thousands daily but no one seems interested to guide them.

Wasted opportunities I say.
Published by MAHAGURU58 at 1:04 PM