When one is visiting a historical place like Kellie's Castle, it would be a great help if one does some research on it's history beforehand to know the significance of the place and at least have some true knowledge of what actually took place there.

I for one, had only learned about it from bits of news reports here and there but knew that it was a significant landmark in the Batu Gajah area, once owned by a wealthy planter from England.

After having visited Kellie's Castle recently, I could now relate to its history in a much more clearer manner and realized how lucky we were to actually step onto the grounds there today.

Imagine, if the castle had been completed and still being inhabited by William Kellie Smith's heirs? Would we, common folks even get to enter and roam the castle as we please?

No chance at all. Unless you are a wealthy millionaire or someone holding important positions in the government like a District Officer, Minister or be a Royalty, there would be a slim chance of the average Ahmad, Ah Seng or Samy ever treading those grounds. 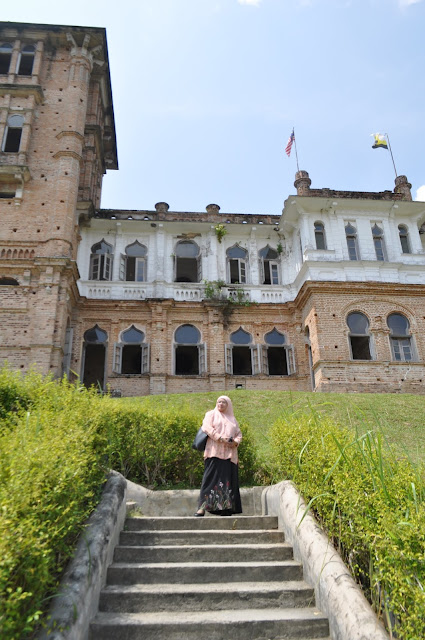 From what I came to learn, the entrance to the building shown here is actually the back entrance. The main entrance to Kellie's Castle and Kellas House is from the other side of the area.

Reason being, the current bridge is not meant to be able to be driven over by vehicles. It seems to be a pedestrian bridge. So, the main entrance would have to be fronting Kellas House. 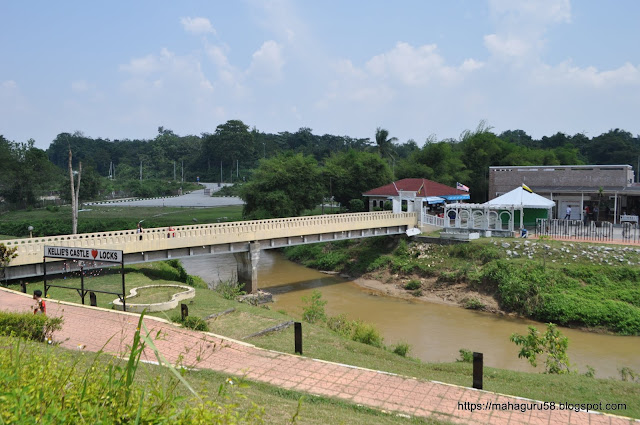 At the moment, this is the main access bridge connecting us to Kellie's Castle from the entrance to the tourist attraction from the main road.

Only after you have bought the entry tickets, will you be allowed to step onto and cross the pedestrian bridge to the grounds of Kellie's Castle. I have yet to explore the other entrance to the place.

Here are some photos which I took of us at Kellie's Castle: 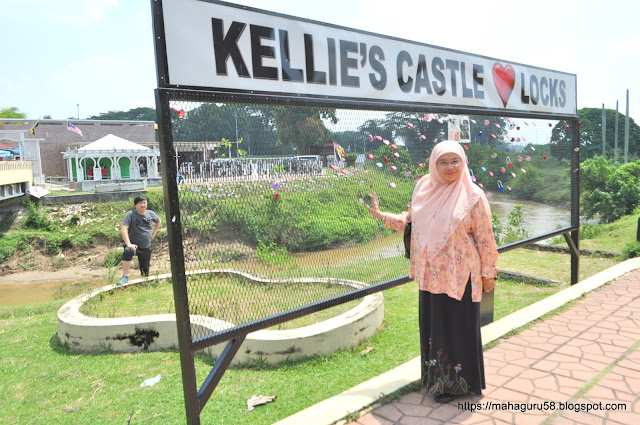 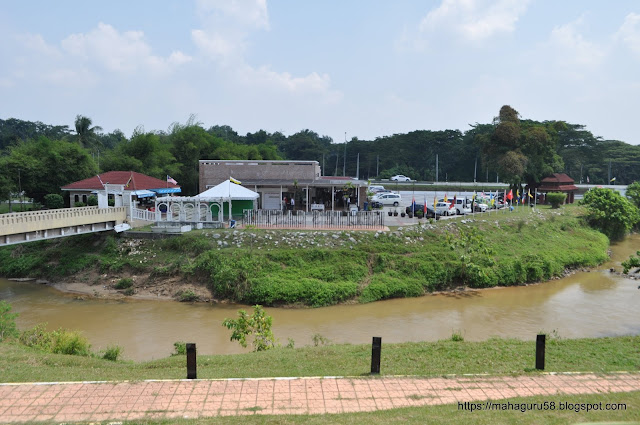 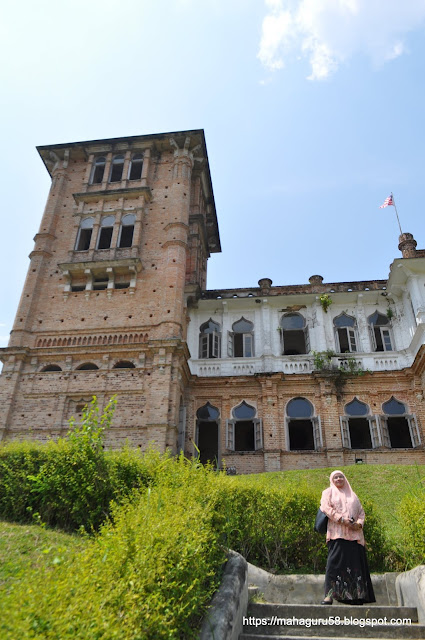 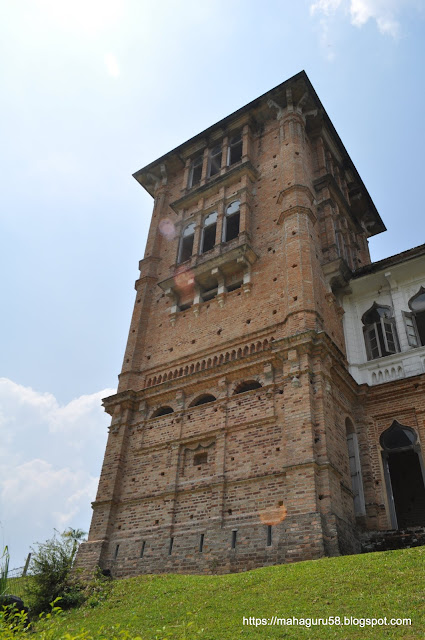 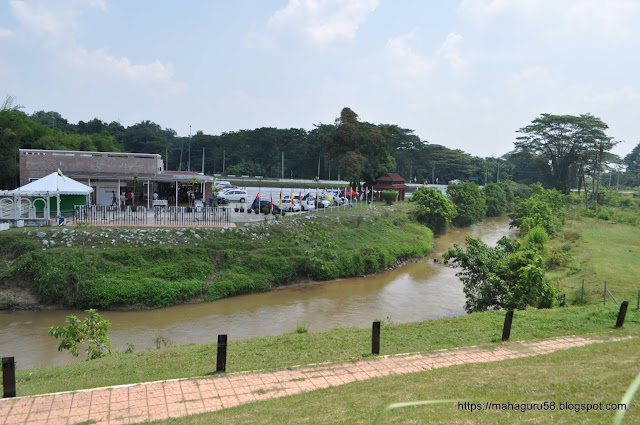 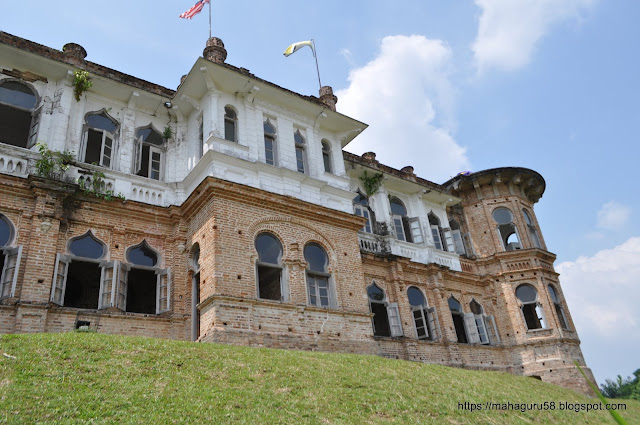 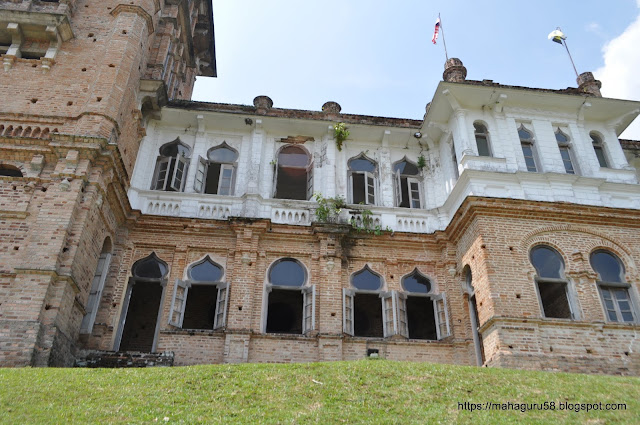 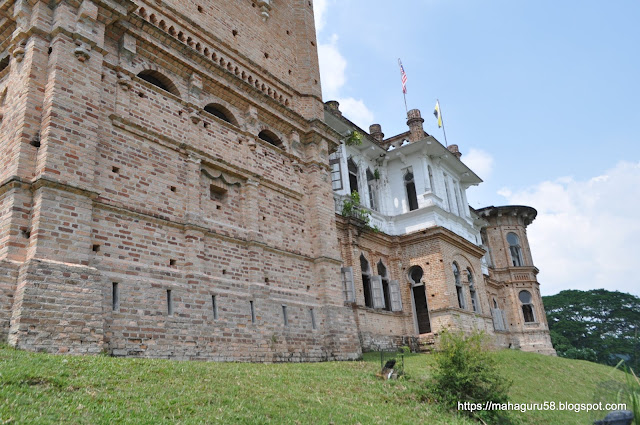 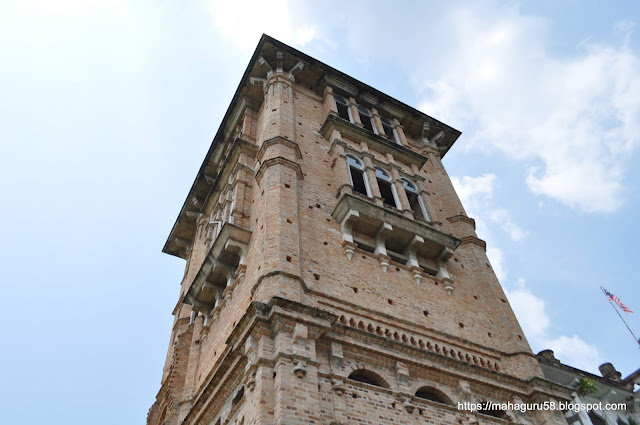 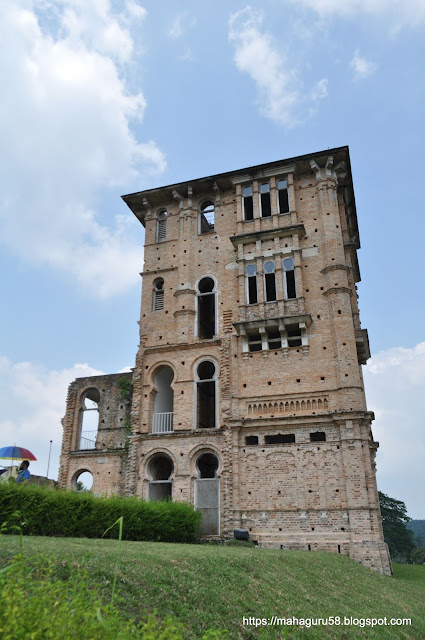 More photos and stories in the next article. Insya Allah.
Published by MAHAGURU58 at 12:23 PM