I am sure that rational Malaysians would agree with my saying that the current political situation in Malaysia is very inconsistent with the way that self-centered politicians, who whilst blowing their 'peoples first' clarion call slogans, are in reality mere political turncoats who would sell even their souls just to ensure that their greed to fatten their proverbial bank accounts and feather their nests gets realized .. at the people's expense! 4th PM, 7th PM, Still Wants to be PM
Just take a look at the way, we have seen both state and federal governments, crumble and fall when state assemblymen and women or members of our Malaysian parliament jump from their political parties to another, switching allegiances at their own whims and fancies whereas they won their seats of power being candidates of this or that political party. 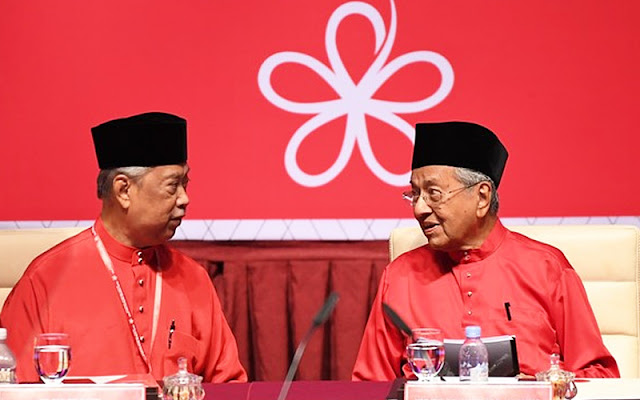 Same party ; differing ambitions
Political opportunists. That's what they are. They betrayed the trust of those who elected them in the first place. According to the principles of Islamic Syariah, those who betray the trusts of people aren't fit to hold power or be in official position. Nowadays, all such principles are simply ignored for these rotten politicians just don't give a rats ass about all that! All that they care for is simply 'What's in it for me?' 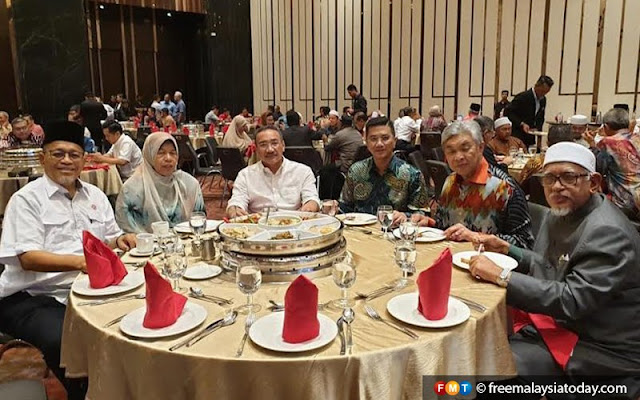 Sheraton Move Schemers
We are actually in a quandary. Even those who have religious credentials or claim to champion Islam and all that it stands for, have proven to be nothing more but mere wolves in sheepskin. Many a times, we have all witnessed high officials being caught and charged with having committed criminal breach of trusts, abuse of their power and positions, embezzlement and various other abuses and serious offenses. They might look holy moly in their appearances and utterances complete with Quranic verses or citing this and that Hadith but it is all just an excuse to make Halal their acts of Haram! 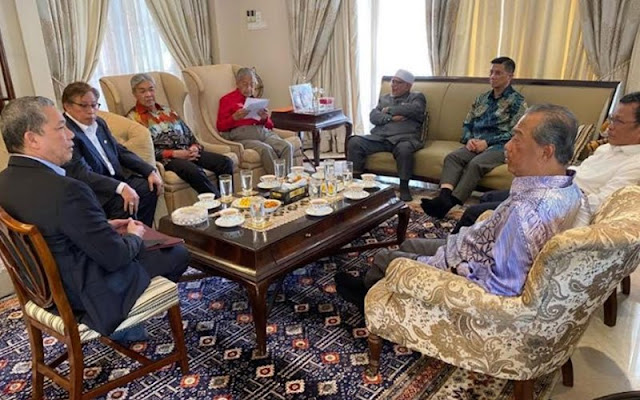 SD's after SD's proclaiming support are presented
In today's Malaysian political uncertainty, you just never know who's going to skewer who's back in the next second? All these fellows aren't really bothered about the common citizens languishing in utter poverty or dire straits because they don't give a rat's ass about Makcik Kiah or Uncle Ah Seng or Meenachi going hungry and living in squalor at some God forsaken corner of the city's outskirts or evading the leaking roofs of some rotting huts in a faraway kampong or besides a rubbish dump as we saw in Ustaz Ebit Lew's Charity Mission on his YouTube Channel lately.
The politicians discussing at the billionaire's palatial residence above would not want to soil their sweet scents loving filthy rich nostrils with the awful stench and pong of common citizens surviving besides such a rotten rubbish dump compared to the likes of the sincere Ustaz Ebit Lew who helps provide for the desolate, suffering poor of this country.
As the wealthy but still greedy politicians plot and scheme engaged in meetings to find ways to seize power through votes of no-confidence against the current prime minister in 5 star hotels and private palaces of the powers that be, Ustaz Ebit Lew helps in getting a former soldier suffering with his family in a ramshackle hut, a more livable home where Ustaz Ebit Lew foots the rental himself and buys for them out of his own pocket, all the household furniture and electrical utensils that they would need plus expense money for them to survive.
Weird, isn't it? Filthy rich politicians shamelessly scheming for power and stabbing each others backs at the slightest opportune chance, putting up a false front pretending to care for the 'rakyat' whilst the beguiled masses struggle to find adequate food and shelter for their families.
Allegiances are switched at the drop of a songkok! Watch the following photos and try to register as to what kind of political turncoats or shameless frogs, these types are?
This is just an example of Baru Bian formerly of PKR joining Mahathir's PPBM party. 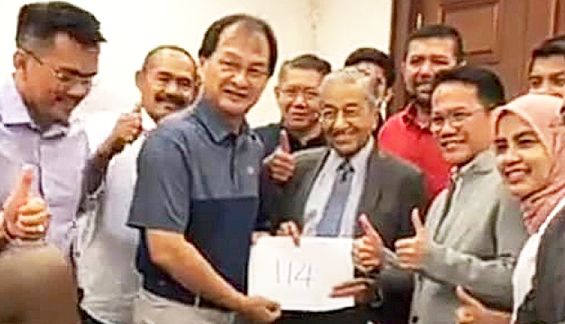 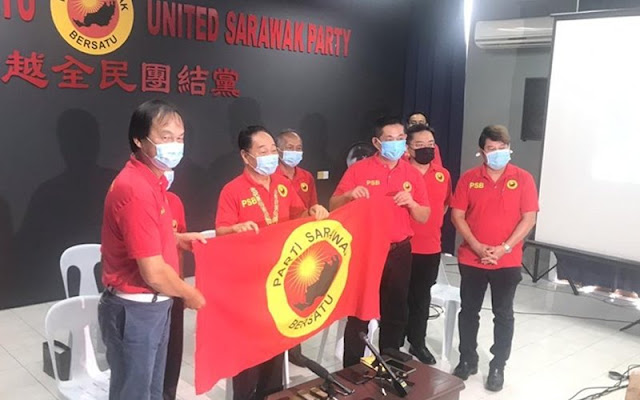 Baru Bian joins PSB
From what I hear, is that the scheming politicians are still at it. Loyalties are still going to be traded and Statutory Declarations showing support to the never say die, still wannabe PM guy is ongoing but the incumbent Taichi Master Muhyiddin is said to have the support of UMNO and PAS Bigwigs who wanna see the Malay Muslim centric PN Federal Government stave off the challenges posed by the Old Jedi who's sworn to overthrow Muhyiddin to the day that he himself will die! 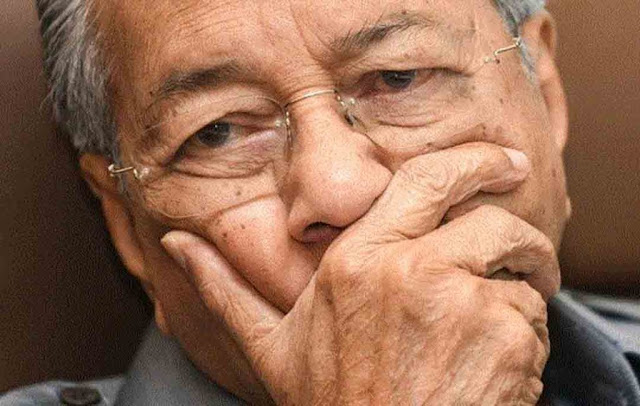 As the saying goes,'Que sera sera..whatever will be, will be!
Published by MAHAGURU58 at 1:29 AM