Here are some photos which I have not published before from my KL Old Quarters 2010 Photoshoot for those of you who would like to see for yourself how it really is for Malaysia's capital city inhabitants, who live in the older parts of KL. 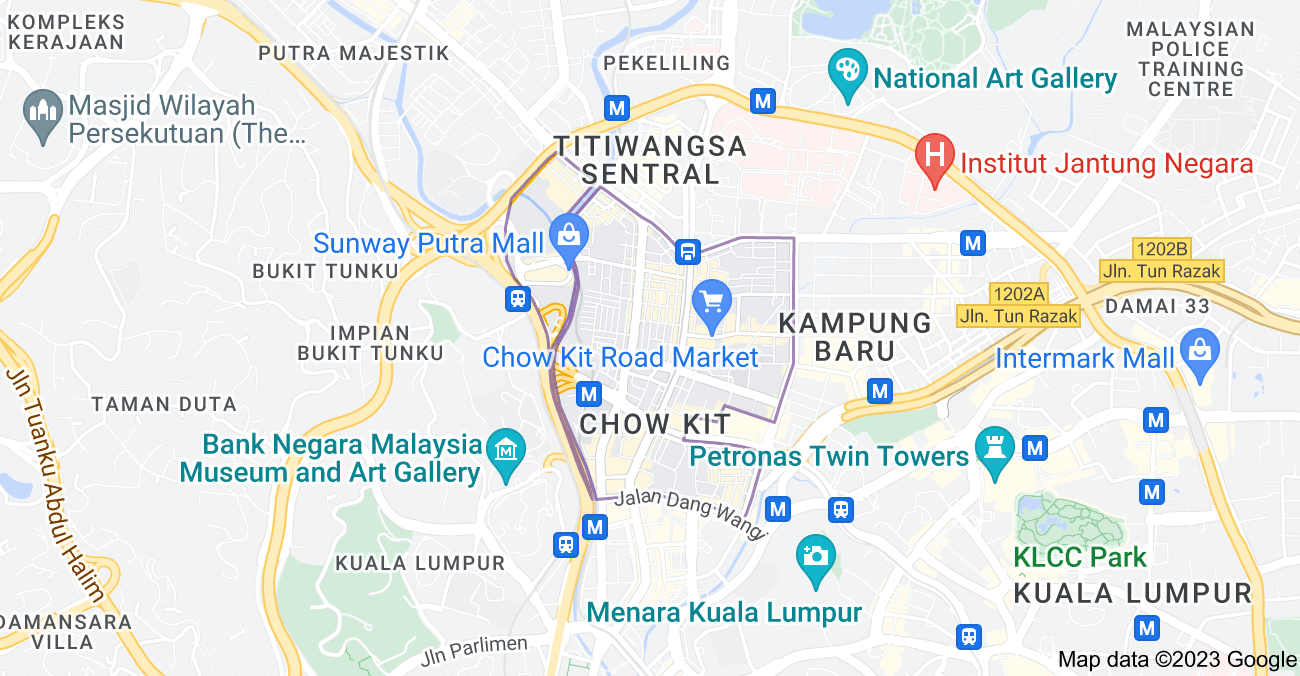 Chow Kit is namely the area of Old KL that is dominated by the Indonesians who have turned the place into a 'Mini Jakarta'. You can't escape the feeling that you are not in Malaysia because the entire area looks, smells and generally isn't what true Malaysian identities prevail. 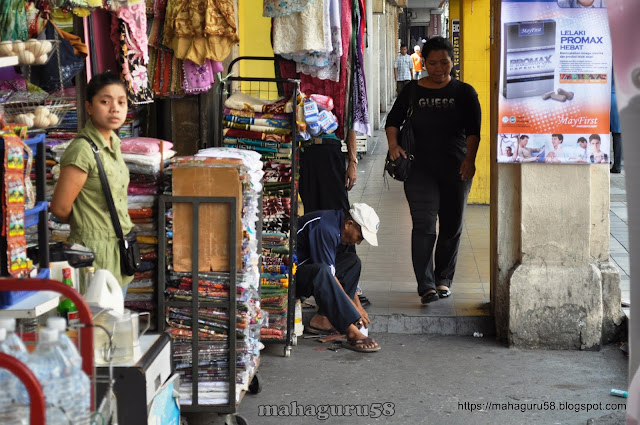 I gather that those foreigners who are doing all kinds of trades there are namely illegal immigrants who have taken up domicile in the area that is both a bit menacing and dangerous because of the types of persons who are present there. 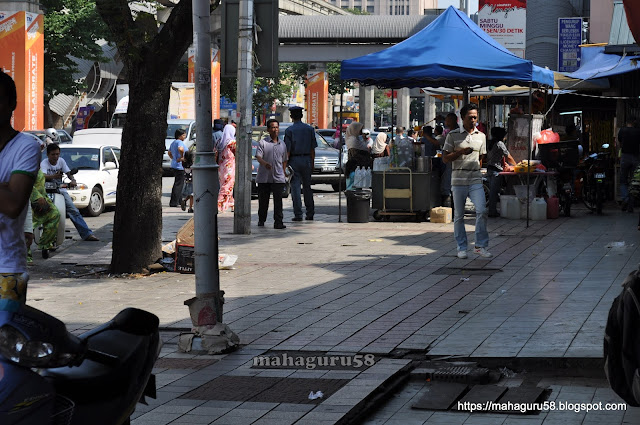 You just never know, what's gonna happen because of the uncertainties prevailing? There's both a sense of trepidation and anxiety that befalls you when you venture into such a place. 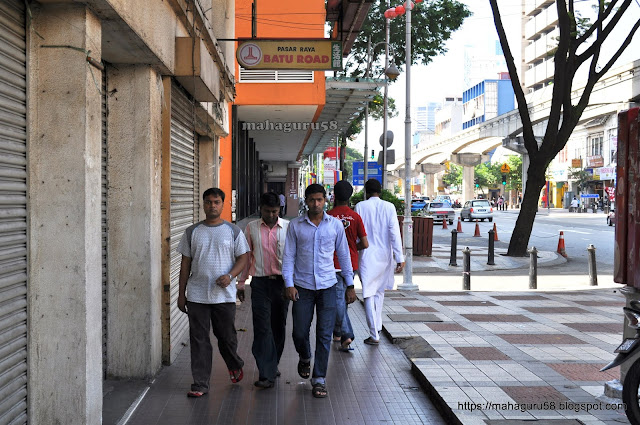 It just gives you a spine tingling, prickly sensation as you walk through an area where the ones who look at you with suspicion, often do so because they are mostly comprised of those who might not actually have valid travel documents or have entered Malaysia illegally. 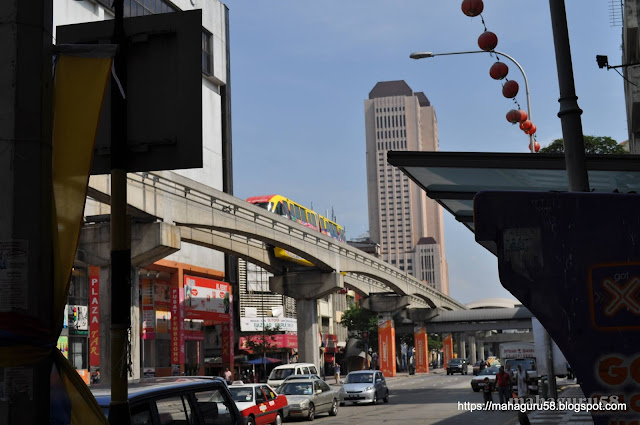 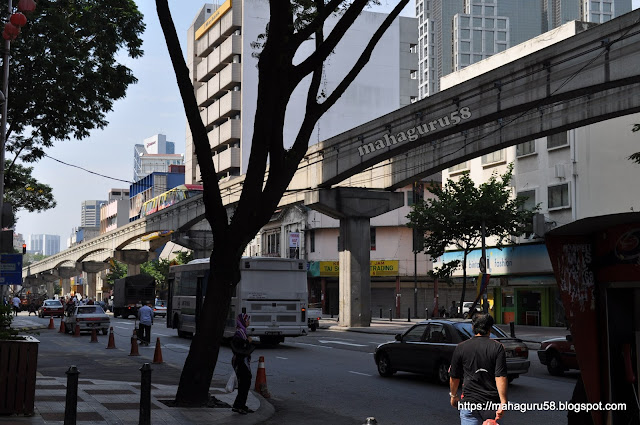 If they are here legally, they wouldn't be so wary of your presence, what more if you are toting a camera and taking photos of everything and everyone. So, the adrenaline rush you feel as you go around, snapping your photos is real and you feel a rush with your senses all alert, ready to bolt if the situation warrants it.

You can sense that almost all who are present in that area are aware of you, snapping photos as you step into the inner parts of the labyrinth of makeshift stores and stalls, selling almost everything that you can think of?

They will glance at you with suspicion, wondering as to who you are and why you are taking photos of them and their trading areas? You get that gut feeling that things can just change in a split second and you are to be on your toes, always. 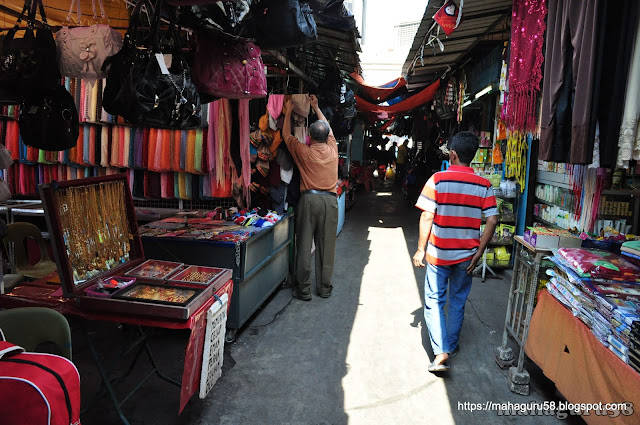 Take for instance, this trader who was putting up his clothing items, for sale. He turned to look at me with suspicion when he realized that I was shooting photographs with my DSLR camera. 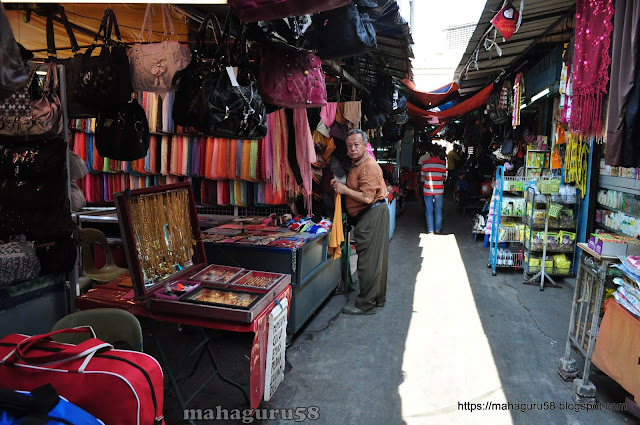 They wouldn't be so apprehensive if it was just someone taking photos with their smartphones, etc. But when you are there aiming your DSLR camera lens at them and their trade stalls, you get such a look. Full of suspicion.😟😨😧

Just don't make eye contact and move on. It's best to avoid any confrontation and just be on the move, not having to deal with such persons. As a street photographer or one who has it in him or herself to record sights and scenes for posterity or historical visual documentation, the need to know self-preservation when going on an impromptu photo shoot is most important to avoid getting oneself into a dangerous or harmful situation. 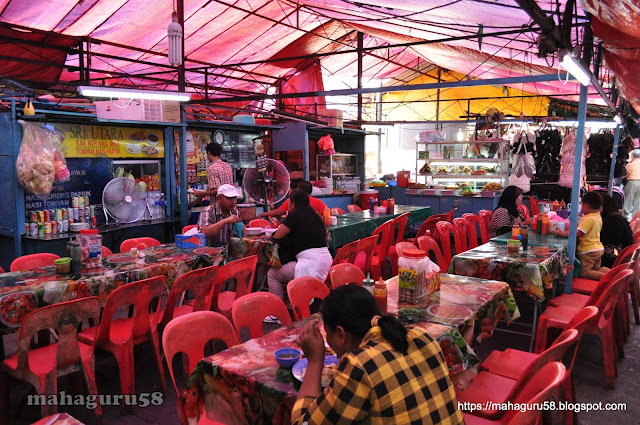 There are plenty of eye-catching scenarios worth capturing when one is indulging in street photography at interesting places such as the Chow Kit Wet Market and surrounding street bazaars.

Depending on one's intuitive and knowing where and what one might find worth photographing is really up to one's own taste and forte. We do vary from one another as far as each photographer's interest is concerned. You can easily tell such differences by the way our photographs turn out.

I for one am quite keen to capture the human psyche and manner of my chosen subjects when they are doing whatever it is that is their profession or just the circumstances which we find through our camera's lens.

Take for instance, the focus and attention that this 'Apam Balik' maker and seller is paying to his preparation of his foodstuff. The photo clearly shows that he is diligent in his trade.

The lighting is natural and the various contrasts of the image is so natural and unplanned. This is why I love to just randomly go with the flow and just make sure that I keep shooting as I snap instinctively at whatever captures my attention. You just never know what's going to be recorded? I like this shot. 😍 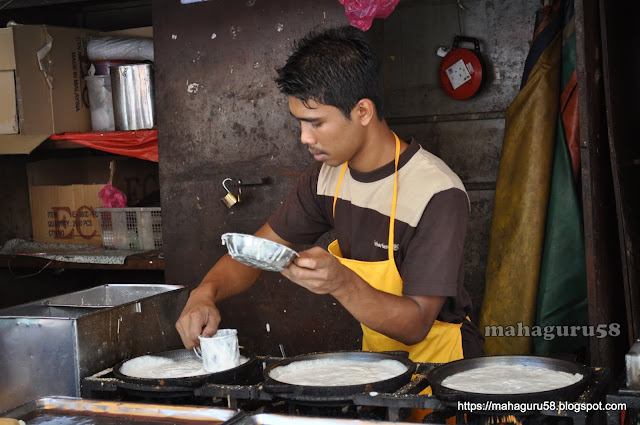 In the following shot, I was lucky to have freeze framed the drinks seller as she was pouring the drink with her arm raised in that position. A second too late and the photo would look different. I have also managed to capture a good angle of the customer as he was being in the classic rule of one third of the frame. Spontaneous composition. 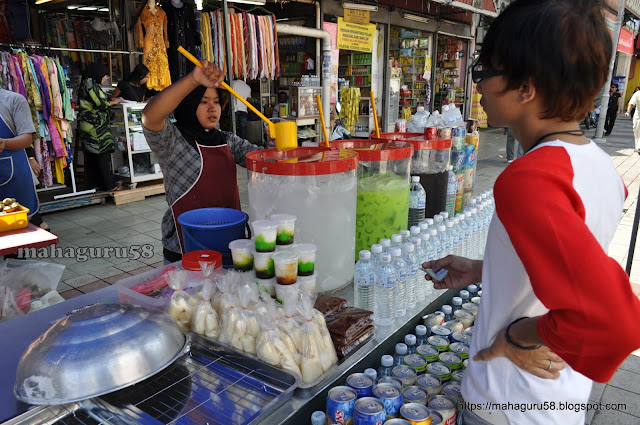 I then came upon this guy who was selling fruits and he was just engrossed with his work, not realizing being photographed.
The dark background just sort of presents an interesting shot with a play of light and dark contrasts. Happy with the sharpness of the shot as well. 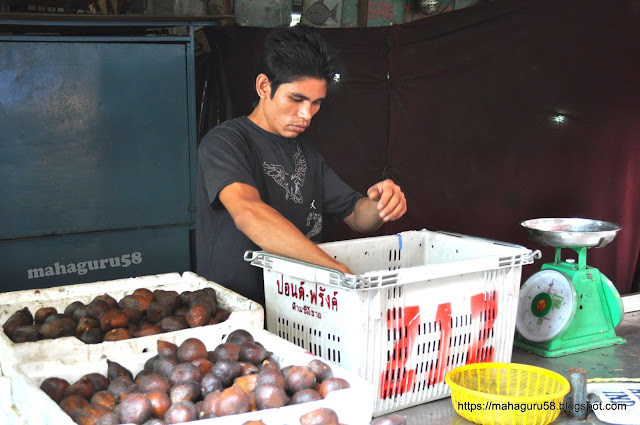 If you are to walk through the many passages present at the Chow Kit bazaars, you'll come across the costume jewellery traders such as this Indonesian lady.

She was enjoying, eating a mango fruit snack as you can see in this photo. Her costume jewellery ware in the form of the various gold-plated fake gold chains and bracelets took centre-stage of my focus here. 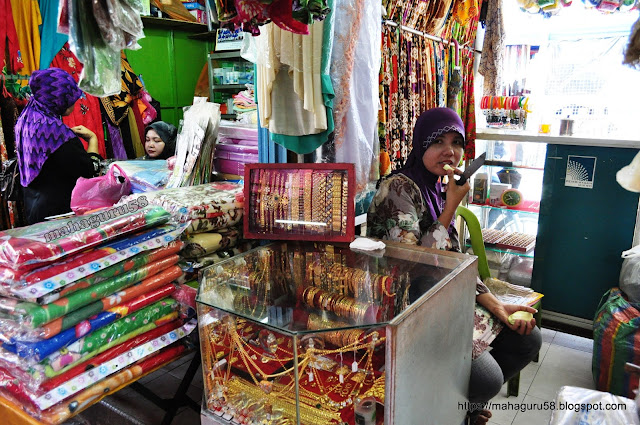 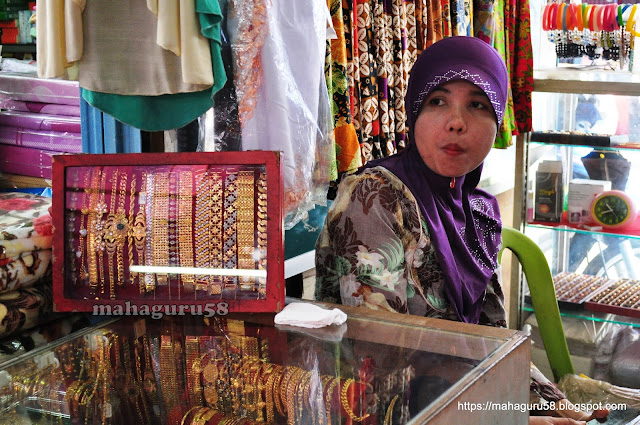 I like capturing such random images and preserve them because times keep changing and scenes like these often tend to disappear as our country's lifestyles and economies tend to evolve over time as we edge to the newer mannerisms of doing business over the years. 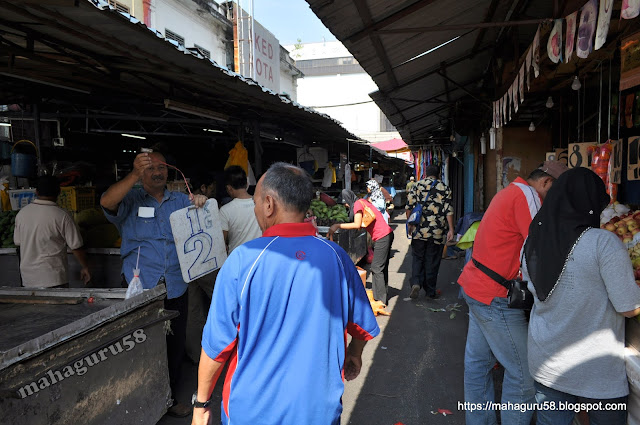 Kuala Lumpur will always be the 'Golden City' for people from Indonesia and other countries because our Malaysian Government and Law Enforcement Departments and Agencies are so often just not strict and tend to let things be without realizing that at the slightest chance and opportunities, they might just be colonized once again, but this time by foreigners such as these Indonesians, Bangladeshis, Myanmarese, Nepalis and Pakistanis who would waste no time in setting up shop and lording it over us!