During these Last Ages, we are going through various tests and challenges where the Muslims are witnessing rightful deeds intermingled with wasteful acts which are carried out by both the Believers and the Kaffirs @ Disbelievers.
Why do I say that?
There are many reasons for such a statement from me. Let me share a few of them with you based upon the realities facing us. The year is 2020 and it's been 1388 years since the Blessed Prophet departed from this earthly realm yet there are billions of human beings who are oblivious to the Truth of Islam, which he conveyed to Mankind from Allah, God Almighty, our Supreme Creator.
True knowledge is not being shared and relayed to the multitudes who are seeking salvation and enlightenment due to the failure of those who call themselves as scholars of Islam and Callers to the Haqq. As a result, there has come to exist in the world, many falsehoods, and deviations from what Prophet Muhammad Sallallahu Alaihi Wassallam enjoined and fought for 23 years of his exemplary life.

Excerpt of Surah Al-Jumuah Chapter 62:5, Al Qur'an Al Karim.
In the verse above, Allah the Most Merciful reveals that although the Truth was revealed to those who lived before the advent of Muhammad, Seal of Allah's Messengers, they refused to put to practice what Allah commanded them through His Taurat @ Torah and thus likened the obstinate as that of a donkey laden with books! 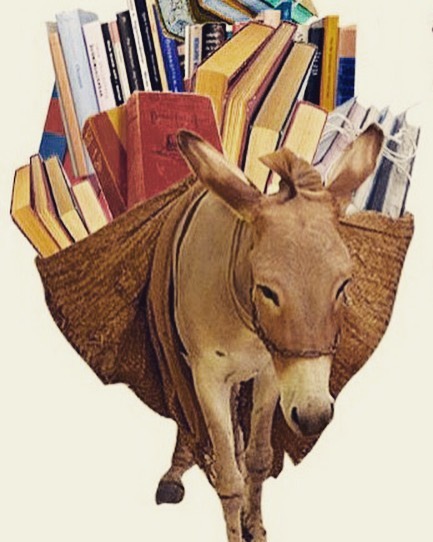 The similitude of those who were charged with the (obligations of the) Laws of Prophet Musa Alaihis Salam @ Prophet Moses but who subsequently failed in those (obligations), is that of a donkey which carries huge volumes (but understands them not). Evil is the similitude of people who falsify the Signs of Allah: and Allah guides not people who do wrong.
In this 21st century that we are living in, it has happened that whatever was prophesied by Rasulullah Sallallahu Alaihi Wassallam has now taken place and yet Mankind do not bother to take heed and correct their ways.
The Complete Guidance for all Mankind has been revealed via Prophet Muhammad, the Greatest Messenger of Allah to all Creation, being the Al Qur'an, which is now available for reference to the entire planet at multitudes of places either online [www.quran.com] and 329,000,000 other sites here or offline as hardcover or softcover books, yet how many of us really bother to take heed and do as commanded by Allah?
So, now we witness many amongst the Humankind who pay mere lip service to what was enjoined by Muhammad, the Final Messenger of God by just singing and mouthing praises upon him but in reality, do not have an iota or inkling of faith @ Iman towards Allah and His Messenger. 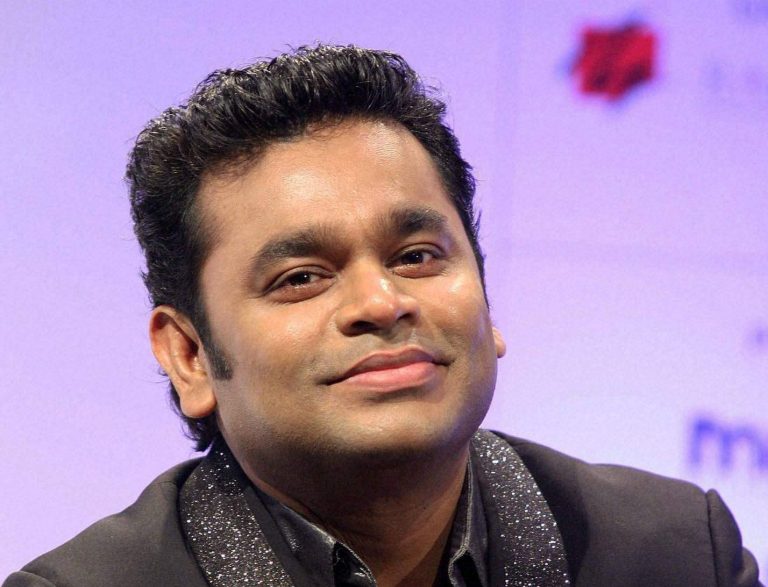 Take for example what India's celebrated Global Music Composer and Maestro, AR Rahman (pic above)has done by engaging the multi-ethnic, multi-faithed students from the Berklee Indian Ensemble, Berklee College of Music to perform, singing praises @ salutations upon the Blessed Prophet, Muhammad Sallallahu Alaihi Wassallam but who do not believe in even a word of what they say or sing so eloquently!
Their performances and renditions of Salawat and Dhikr is performed so well that audiences give them standing ovations in packed auditoriums and concert halls but for what? Just praising the Prophet but do not really mean it! It's likened to that of being mere parrots. Repeating words and phrases yet possess no real understanding about what they say or share.
Even many amongst the gullible ones amongst the Ummah would be exclaiming 'Masya Allah' or 'Subhanallah' upon watching or witnessing what the obviously very talented singers and musicians from the Berklee Indian Ensemble perform praising the Glorious Messenger of Allah but what they say or sing does not pass their throats and enter their hearts.
Devoid of Iman @ Faith.

It is fard @ compulsory upon us Mukmins @ Believers to learn and put to practice what Allah Azza Wa Jalla and His Messenger really asks of us and know to differentiate between the Haqq and the Batil!
Between the Chaff and the Grain. Do not get duped.
Published by MAHAGURU58 at 8:35 AM